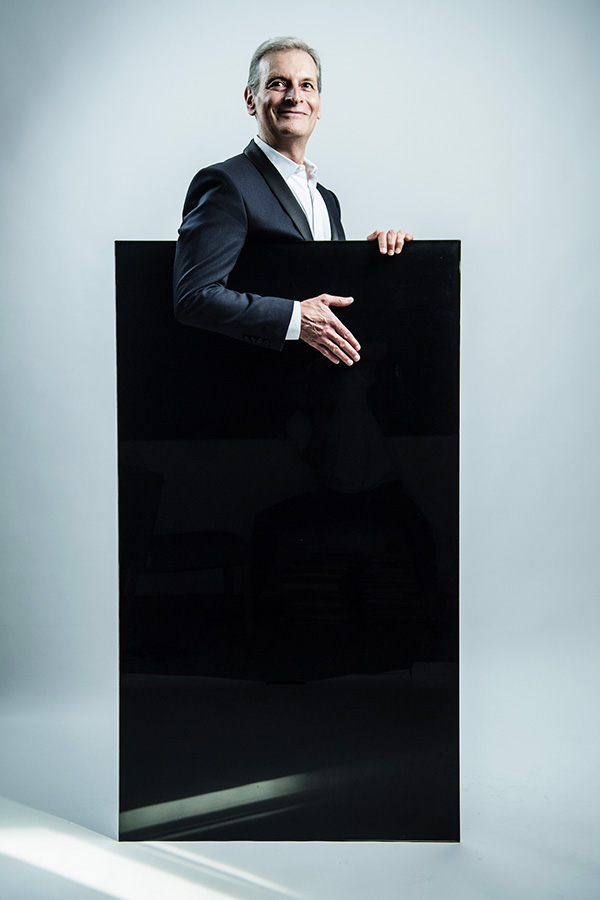 Since winning the Silver Medal at the Van Cliburn International Competition in the 1980s, Philippe Bianconi has been leading an international career, pursuing his musical itinerary and patiently carving out his path far from the media hype.
French pianist Philippe Bianconi has been described as an artist whose playing is “always close to the soul of the music, filling the space with poetry and life” (Washington Post), “an extraordinary exhibition of musicianship, technical control and good taste which lent the music a freshness, immediacy and conviction one all too seldom encounters” (The London Times). After winning the Silver Medal in the Seventh Van Cliburn International Competition, Bianconi made an acclaimed recital debut at Carnegie Hall in 1987 and, since then, has enthralled audiences and critics throughout the world.
Philippe Bianconi has appeared with North America’s finest orchestras, including those of Cleveland, Los Angeles, Pittsburgh, Baltimore, Saint-Louis, Atlanta, Dallas, Minnesota, Buffalo, Montreal, Vancouver, Quebec City, and at the Ravinia Festival with the Chicago Symphony under James Conlon. He has collaborated with such distinguished conductors as Lorin Maazel, Christoph von Dohnanyi, Kurt Masur, David Zinman, JoAnn Falletta, Marek Janowski, Gennady Rozhdestvensky, Stanislaw Skrowaczewski, Edo de Waart, and Yoav Talmi.
In Europe, Bianconi has appeared with many orchestras, including his special performance of Rachmaninov’s 2nd Piano Concerto with James Conlon and the Orchestre de l’Opéra de Paris in the sold out Paris Garnier Opera House, and with the Orchestre National de France, Orchestre de Paris, Berlin Radio Symphony, Netherlands Philharmonic, Warsaw Philharmonic, Prague Symphony Orchestra, Orchestre Philharmonique de Monte-Carlo, Orchester der Beethovenhalle in Bonn, Orchestre du Capitole de Toulouse, and Strasbourg Philharmonic. He has concertized a number of times in Australia, performing with the Sydney Symphony, Melbourne Symphony and West Australian Symphony in Perth.

An active and acclaimed recital artist, Philippe Bianconi has appeared at New York’s Stern Auditorium at Carnegie Hall, in San Francisco, Chicago, Boston, Washington D.C., Philadelphia, Houston, the Wigmore Hall in London, the Berlin Philharmonie, the Théâtre des Champs-Elysées in Paris, as well as in Hamburg, Milan, Madrid, Tokyo, Beijing, Shanghai and Sydney.
Philippe Bianconi has recorded the complete solo works of Ravel, and solo albums of Schumann, Schubert and Debussy on the Lyrinx label. His other recordings include the Brahms Violin Sonatas with Tedi Papavrami on Aeon label, works of Shostakovitch and Prokofiev with cellist Gary Hoffman on Le Chant du Monde label, and the three Schubert lieder cycles with Hermann Prey on Denon.

In 2012, his recording of Debussy’s Preludes for  the La Dolce Volta label received a prestigious Diapason d’Or de l’année, a nomination for “Recording of the year” at the Victoires de la Musique Classique and the Grand Prix de l’Académie Charles Cros. In 2014 he released a Chopin album and in 2016 a Schumann album both on La Dolce Volta.
Philippe Bianconi attended the Conservatory in Nice where he studied with Simone Delbert-Fevrier. In Paris he studied with Gaby Casadesus and in Freiburg-in-Breisgau with Vitalij Margulis. He was the first prize winner of both the Casadesus International Competition in Cleveland and the “Jeunesse Musicales” International Competition in Belgrade, as well as the Silver Medal of the Seventh Van Cliburn International Piano Competition in Fort Worth.

From 2013 to 2017, Philippe Bianconi was the director of the American Conservatoryof Fontainebleau. Founded in 1921 to introduce the best American music students to the French musical tradition of teaching, composing and performing, it has included on its faculty the most prestigious names: Maurice Ravel, Marcel Dupré, Robert, Gaby and Jean Casadesus, Jean Francaix, Henri Dutilleux, Betsy Jolas, Leonard Bernstein… From the first, Nadia Boulanger devoted her talent, energy, knowledge, and influence to the American Conservatory of which she was Director from 1949 to 1979.
Since October 2018, Philippe Bianconi teaches at the Ecole Normale de Musique de Paris-Alfred Cortot